It is with great pleasure we announce the 7th Ewa Malewicz Music Competition for young artists. 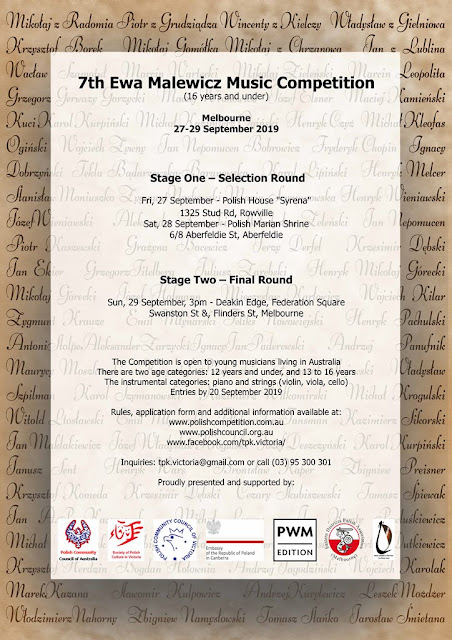 Established in 2004 by the Polish Community Council of Australia, this competition has enjoyed a proud tradition featuring fine young artists.

Live and open to the public to attend from Friday, 27 September to Sunday, 29 September, 2019, this is a free event.

The competition is open to young musicians living in Australia.There are two age categories: 12 years and under, and 13 to 16 years. Instrumental categories: piano and strings (violin, viola, cello). Entries close 20 September 2019. 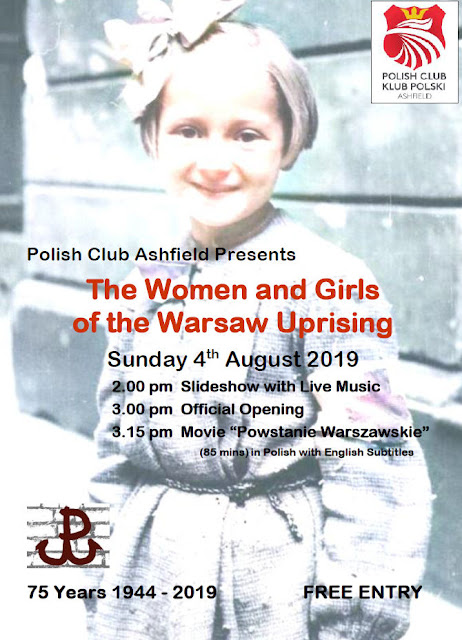 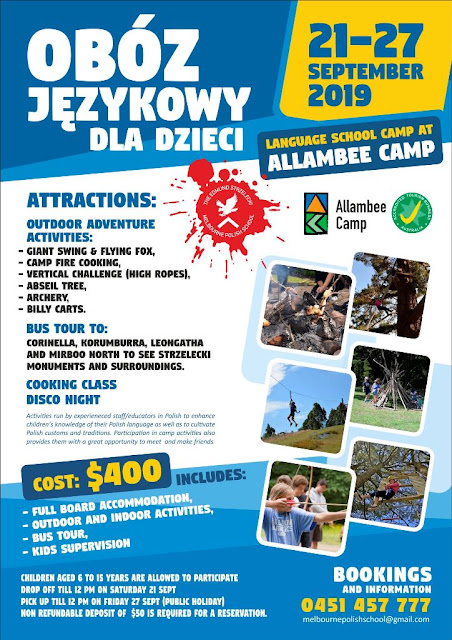 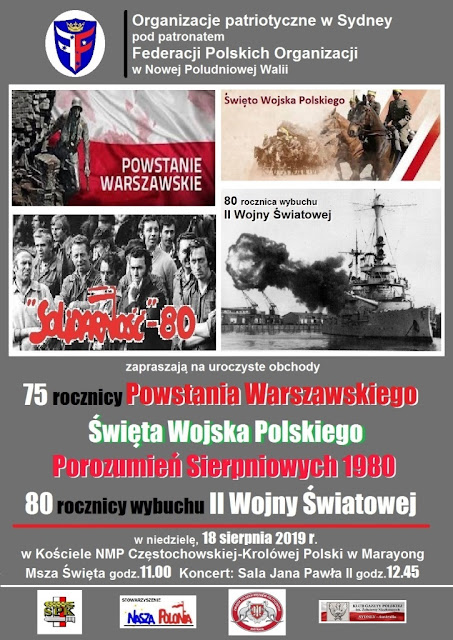 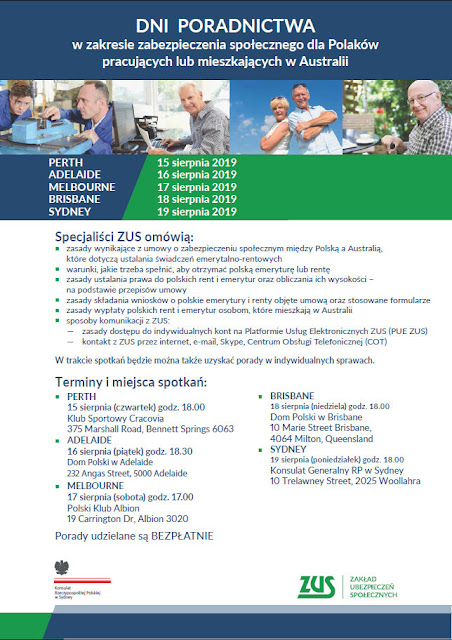 The Polish Museum is organising an exhibition about a very special group of Polish migrants who came under a special migration program in 1947 and 48 . These were Polish military men who came still in their uniforms and weren't demobilised until they arrived in Australia.  The connection with the Australian rats of Tobruk reaches back to the battle of Tobruk in 1941. The friendship between the Australians developed the Polish Carpathian brigade when the poles relieved the Australians in August 1941.  At the conclusion of the war when the Polish Armed Forces in the West found themselves homeless and seeking a new country in which to settle, the Australian veterans did not forget their comrades in arms.  They sponsored a widow of one of the Polish soldiers as a migrant to Australia and then conducted an Australia wide lobbying campaign of Australian State and Federal politicians for Australia to accept the Polish rats of Tobruk as migrants.  Their efforts were so successful that not only did Australia accept the Polish rats of Tobruk but also expanded this very specific migration program to other members of the Polish military. In total 1500 men arrived on five separate transports during the period 1947 and 1948. When the Polish rats of Tobruk arrived in Australia on 22 September 1947 they were welcomed and various stops across Australia on their way to Tasmania. There were delegations of Australian rats of Tobruk in Fremantle Adelaide, Melbourne and then in Launceston welcoming at various stages of the trip. In Melbourne as well as in Tasmania they organised receptions and during these meetings there were serendipitous meetings of poles and Australians who fought side by side in 1941.    So the Polish Museum and archives has prepared this very special exhibition which will be displayed for a week in Albert Park at the headquarters of the Australian rats of Tobruk.
Enclosed is the invitation and PowerPoint presentation the background information about relationship between the poles and Australians.  This story has not been well documented or promoted and we're looking forward to using this as a way of promoting the story of the Polish Australian relationship.
The Polish Museum and Archives in Australia and the Rats of Tobruk Association invites you to the opening of the exhibition “Destination Australia Post WWII Odysseys of Polish Soldiers “to be held on Saturday 17 August 2019, at 2 pm.  The exhibition will be opened by Dr Mary Elizabeth Calwell, daughter of Arthur Calwell.
During the opening the accompanying booklet "Destination Australia - Polish Soldier Migrants 1947 -1948" will be launched and available to purchase.
Please read the attached invitation for further details, including RSVP and we look forward to seeing you at the opening of the exhibition.
The exhibition will also be open from Sunday 18 August 2019 to Sunday 25 August from 11 am to 3 pm.
Lucyna Artymiuk
Vice President
Polish Museum and Archives in Australia
0403 655 044 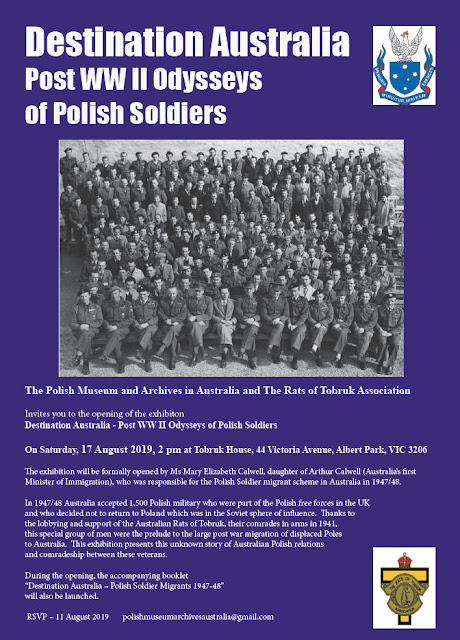 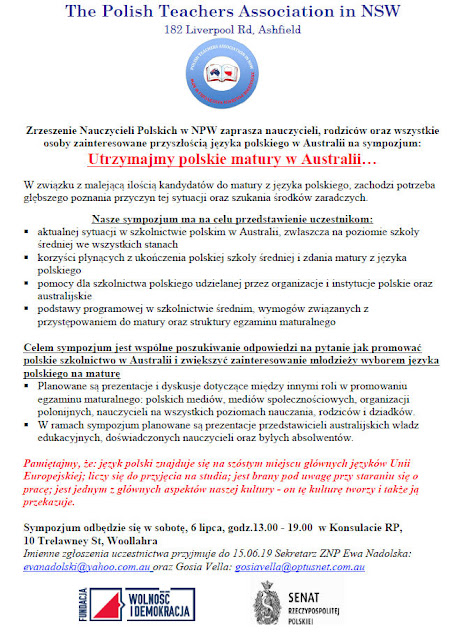